Eye care professionals specialize in understanding how the human eye really works, as well as diseases and conditions that affect your vision - many of which do not have obvious symptoms. Eye doctors know how age and risk factors affect vision over time for young and old, and they understand the benefits and features of corrective lenses including eyeglasses and contacts.

Our optometrist takes the time to explain the results of your eye exam, describe your options and listen to your eye care needs. Because maintaining good eye health is an ongoing partnership, we encourage you to ask questions and share your health information, which could be vital to monitoring, diagnosing and treating potential vision problems. 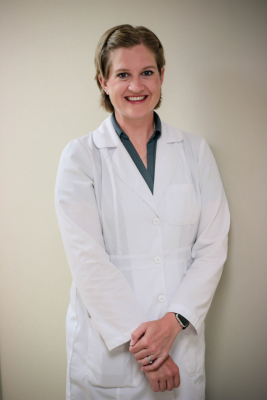 Dr Johnson is our friendly optometrist who graduated from the University of Nebraska -Lincoln with a major in Biology and minors in Spanish, Sociology and Psychology. She then graduated from the University of Houston College of Optometry with clinicals at Houston, Omaha Eye and Laser Institute, and Offutt Air Force Base. In 2004, Dr Johnson moved to Gothenburg, Nebraska. She is originally from a farm near Schuyler, Nebraska.

Dr Johnson greatly enjoys caring for her patients and their vision. She also loves spending time with her family, jogging, and watching her boys play sports. She participates in the choir at First Presbyterian, volunteers at the local theater, and also volunteers at various events throughout the community.